You may have seem them on Facebook, Pinterest, or being worn by the gal next to you at yoga and wondered,

What on earth is Zaggora?

That was exactly my thought after seeing it on FB.  So I started down the rabbit hole to discover whether Zaggora was just another yoga clothing company or if it was somehow ‘different’?  Different it definitely is; in fact, it doesn’t really bill itself as a yoga clothing company.

But perhaps what really made me pay attention, was the fact that Zaggora were tested the University of Southern California (USC), my alma mater. Pretty cool!

I had to have a pair.

Zaggora is a brand of metabolic-enhancing clothing.  Sounds like BS, right?  Seems like everyone has the same reaction; that’s why they were getting tested at USC and in the UK.

Studies showed wearing Zaggora clothing during 30 minute workouts increases metabolic rate by up to 18% = more fat burn.  In fact, they call their patent-pending fabric “Celu-Lite Technology”.  More calories, fat, and cellulite, getting burned up during your workout.

And upon reading that, I got a pair. 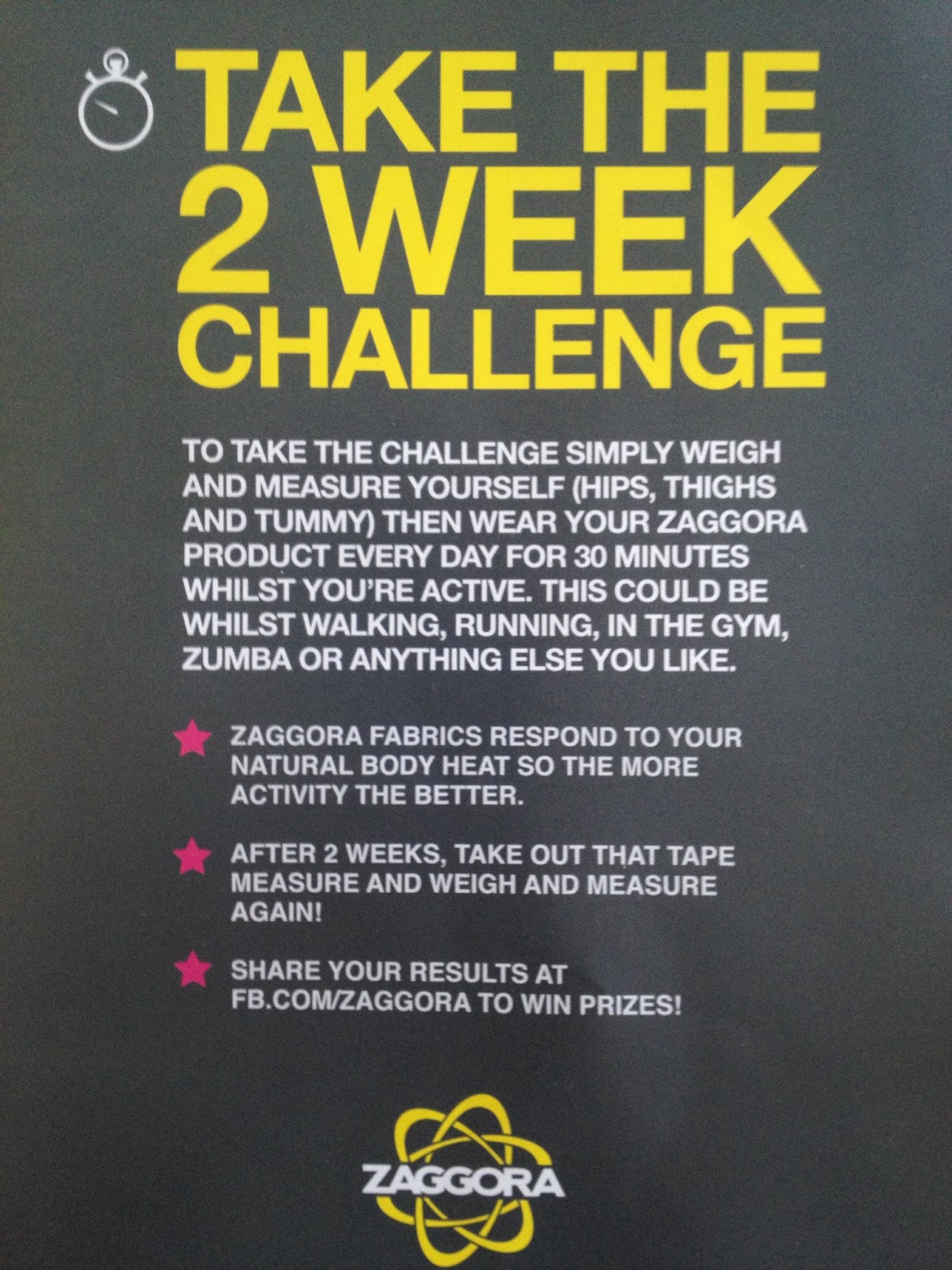 Honestly, I personally can’t answer that. People on their website, pinterest, etc, seem to have excellent results.  But whether that’s going from sedentary to exercising for the first time ever, or due to the pants, I don’t know.

I have yet to do their 2 week challenge with inches measurement. I’m already pretty active, so it’d actually be a pretty good test.  But I’m not super excited to wear them 14 days in a row, including for my typical 60-90 minute workouts.

I’m keeping mine!  I intend to to the 2 week challenge, but aside from that I probably won’t wear them more than 1-3 times/week.